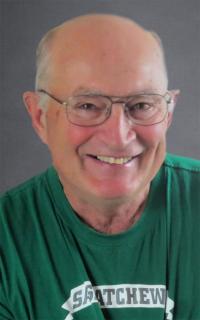 September 4, 1948 ~ January 13, 2015
RICHARD LORAN, beloved husband of Sharon Herman Loran, of Barnwell, passed away suddenly at home on Tuesday, January 13th, 2015 at the age of 66 years.
He is the loving father of Roxane (Dart) Wooden of Edmonton, AB. and Devry (Megan) Loran of Medicine Hat, AB. and the caring grandfather of Brady, Sydney & Colby Wooden and Owen Loran.
He is survived by his mother Margaret Loran, siblings Bill (Carol-Leah) Loran, Elinor (Fred) Regner, Bev (Ray) Francis, Leonard (Lori) Loran, Terry (Terry) Sawchuk, Pat (Gord Brayton) Loran, Kathy (Les) Meyer, as well as brother-in-laws Bob (Vi) Herman and their children, Sheri-Lynn (Derek) Taylor and their kids Ethan & Asia, Mandy Herman (Ricky) Morin, Alison Herman, brother-in-law Brian (Devi) Herman and their daughter Brianne (Adam) Clark and their child Micah, in addition to his numerous nieces and nephews.
He is predeceased by Adam Loran (father), Stuart Westall (brother-in-law), Paula Francis (niece), as well as Irene Herman (mother-in-law).
Richard (Rick) was born in Leader, Saskatchewan and went to school in Brock and Rosetown, Saskatchewan. He moved to Calgary at 17 years of age and got his mechanics ticket at S.A.I.T. He worked in Calgary then Lethbridge at Chinook 66 Service Station, and then he and Sharon  opened Chinook Auto Service. They retired to Barnwell in June 2013.
Rick won many awards in baseball, curling, and his passion, golf.
He was a loving family man who cherished caring for others. He always had a positive attitude and was a man of peace.
He will be hugely missed by all.
A Prayer Service will be held at ST. BASIL’S CATHOLIC CHURCH – 604-13th Street North, Lethbridge, AB, on Friday, January 16th, 2015 at 7:00 P.M. with Maureen Condon Horon officiating.
A Funeral Mass will be celebrated at the ST. BASIL’S CATHOLIC CHURCH, on Saturday, January 17th, 2015 at 10:00 A.M. with Father Kevin Tumback, Celebrant. Cremation to follow at Cornerstone Funeral Home.
In lieu of flowers & in memory of Richard, donations can be made to the Canadian Diabetes Association – #204, 2323 32nd Avenue N.E., Calgary, Alberta, T2E – 6Z3 or to the Heart & Stroke Foundation – Box 2211, Lethbridge, Alberta, T1J – 4K7.
Honoured to serve the family, CORNERSTONE FUNERAL HOME AND CREMATORIUM, 2800 Mayor Magrath Drive South, Lethbridge, Alberta T1K 7B1. Telephone (403) 381-7777. E-mail: care@cornerstonefh.ca

One Condolence for “LORAN”