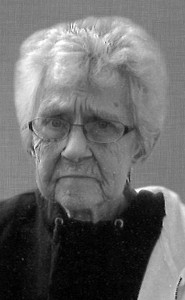 DOREEN M. WYLIE, of Lethbridge, passed away at the Chinook Regional Hospital on Wednesday, April 8, 2015 at the age of 79 years. She is survived by her brother Dean (Lynn – deceased in 2013), sister Maxine, numerous nieces, nephews, grand nieces and grand nephews. At Doreen’s request, there will be no formal funeral service.