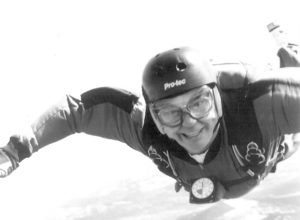 Mr. John Ross of Lethbridge, formerly of Shaunavon, SK, beloved husband of Mrs. Joan Ross, passed away at the Chinook Regional Hospital on Saturday, January 27, 2018 at the age of 97 years. During his lifetime, John traveled extensively and had a variety of roles in clubs, associations and civic organizations. He was a Citoyen d’Honneur of Rochefort, Belgium and from France; Knight of the Legion of Honour. John retired after a career as a signaler in the military and retired again after a second career with Alberta Corrections. Besides his loving wife Joan, John is survived by four children from his first marriage to Shirley MacMillan, Marilyn, Elizabeth, William (Annabella) and Bruce; as well as Joan’s daughter, Anne, who joined the Ross family in 1978. John was predeceased by his parents Isaac Louis Ross (Jim) and Elsie Louisa Ross and his daughter Donna. A Funeral Service will be held at 11:00am, Thursday, February 1, 2018 at MARTIN BROTHERS RIVERVIEW CHAPEL, 610 – 4th Street South, Lethbridge, Alberta, with Canon James Robinson, officiating. Family and friends are invited to pay their respects one hour prior. Interment to follow in the Mountain View Cemetery, Field of Honour.

Leave a Condolence for Fred