MRS. MILDRED “MID” BELLEW, beloved wife of the late Mr. Howard Bellew of Lethbridge, AB, formerly of Milk River, AB, passed away peacefully at the Fairmont Extendicare on Tuesday, October 1, 2013 at the age of age of 91 years. She is loving remembered by her family; Janet (Daryl) Schwartzenberger of Warner, AB, Lyle Bellew […]

It is with heavy hearts we announce the sudden passing of Barbara Rae (Swanson) Rempel on September 27, 2013 at the age of 50. Barbara was predeceased by her father Roy Albert Swanson. She will be dearly missed by her mother Mary Anita Swanson, husband Dan, son Curtis, daughters Katrina and Karmen, brothers Paul, Ted […] 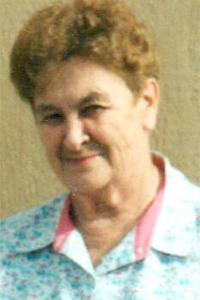 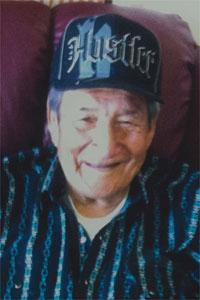 December 24th, 1934 – September 27th, 2013 It is with great sadness we announce the passing of our beloved father, grandfather, brother, uncle, and dear friend by many BERNARD SHOT BOTH SIDES (Naa’tah’koi) who passed away on September 27, 2013 on the Blood Reserve. Beloved husband of the late Ella Chief Moon, son of the […]

August 15, 1922 — October 2, 2013 DoraMae Thorburn passed away peacefully, with her daughters by her side, on October 2, 2013 at age 91. She is survived by her daughters Linda Allen of Lethbridge and Kathy (Don) Parker of Cochrane. Funeral announcements later. Condolences may be forwarded to the family by visiting www.leydens.com. Arrangements […]