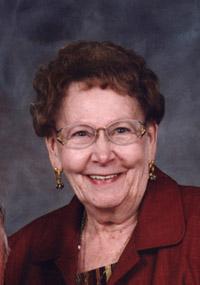 She is alway singing a song,
Even if I’m late.
To her I can do no wrong.
My neighbour is GREAT!
Well, Stacey you are right, Dorothy is great.
The funeral service was held at St. Mary’s Anglican Church in Maple Creek, Sask. on Tues., Jan. 14, 2014 at 2 p.m. with Rev. Peter Boote officiating. Interment took place at the Maple Creek Cemetery. Pallbearers were grandchildren of Dorothy: Rob Eccleston, Torban Peterson, Jace Bellavance, Whitney Peterson, Jim Eccleston, Cole Bellavance, Chloe Bellavance, Andrea Eccleston. Honorary pallbearers were all those who shared in Dorothy’s life.
Friends who wish to may remember Dorothy with a gift to the Southwest Healthcare Trust c/o Cypress Credit Union.
To email an expression of sympathy you may visit www.gonebutnotforgotten.ca.
Binkley’s Funeral Service, Maple Creek and Leader, in charge of arrangements. 306-662-2292

No Condolences for “ECCLESTON”