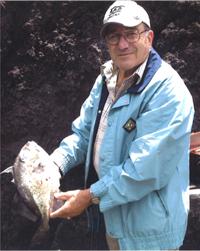 The family of Manuel Rosa sorrowfully announces his passing on Wednesday, October 22nd, 2014, at the age of 74 years. He is survived by Maria, his wife of 50 years; sons, Jorge (Cindy) and Joe; grandchildren, Alexandra and Jordan; siblings, Joe (Conceciao), Jim (Albertina), Lourdes (Leonel) Andrade, Domingos (Maria), Rosalinda (Manuel) Freitas; and many nieces and nephews. He was predeceased by his parents, Antonio and Inacia Rosa; and siblings, Antonio, Henry, Frank, Rose and Maria. Many of you knew him as the man who sharpened your skates or fixed your shoes at Aldo\’s shoe repair. He was a man of few words but deep love. He and Maria left their island home of Faial, Azores, Portugal, in 1968 to bring up their children in Canada; it was a huge risk and drastic change. He worked hard all his life to provide for his family, content with meeting their needs and having a safe home. He would give anything to help a neighbour; he was always friendly and kind. His two grandchildren were the apple of his eye, he would\’ve given the world for them. He took his family to Portugal this past summer, and was filled with joy to see them loving his homeland. He was taken from us suddenly, and we will miss him as long as we live. But we are richer for having known his love, his humor, his passion, his heart. We are blessed. Those wishing to pay their respects may do so at SAAMIS MEMORIAL FUNERAL CHAPEL, 1 Dunmore Road SE, on Monday from 6:00 until 9:00 p.m. and at ST. PATRICK\’S ROMAN CATHOLIC CHURCH, 238 – 2nd Avenue NE, on Tuesday from 9:00 until 9:55 a.m. Vigil Rites (Prayers) will be held at SAAMIS MEMORIAL FUNERAL CHAPEL on Monday, October 27th, 2014 at 7:00 p.m. The Funeral Mass will be celebrated at ST. PATRICK\’S ROMAN CATHOLIC CHURCH on Tuesday, October 28th, 2014 at 10:00 a.m. with Father Tomy Manjaly, celebrant. Interment will follow in the Roman Catholic Section at Hillside Cemetery. Memorial gifts in Manuel\’s memory may be made to Canadian Diabetes Association, Medicine Hat & District Branch, 102, 73 – 7th Street SE, Medicine Hat, Alberta, T1A 1J2. Condolences may be sent through www.saamis.com or to condolences@saamis.com subject heading Manuel Rosa. Funeral arrangements are entrusted to SAAMIS MEMORIAL FUNERAL CHAPEL CREMATORIUM & RECEPTION CENTRE, \”The Chapel in the Park\”, locally owned and directed. Should you wish any additional information, please telephone (403)528-2599