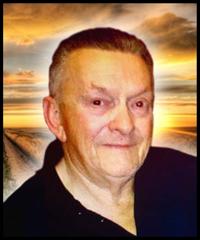 Mr. Frederick “Fred” D. Anderson, beloved husband of Mrs. Carole Anderson, passed away at St. Joseph’s Home – Carmel Hospice in Medicine Hat on Monday, July 1, 2019, at the age of 82 years. Fred was born on May 2, 1937 in Maple Creek, Saskatchewan. He was raised on the family farm where he learned the value of a hard day’s work. He attended the Somerset Country School, middle school in Maple Creek and graduated high school at Balfour Tech in Regina. While in Regina, Fred met his future wife, Carole and they were married on June 13, 1959 in which they recently celebrated their 60th anniversary! Fred worked for Toledo Scale Co. in Regina and was eventually transferred to Edmonton where he worked for a period of time. In 1968, Fred and Carole returned to his roots on the family farm in Maple Creek where he farmed and resided until the time of his passing. Fred was an avid bowler and once bowled a perfect game! He competed in many provincial tournaments and even competed on the national stage. Fred gave back to bowling by coaching for many years in both Maple Creek and Medicine Hat. He coached youth and adults and not only transformed their games, he transformed their lives and developed them as people. Fred was a straight shooter and would tell it like it is and yet, he had a big heart and was caring and empathetic toward others. He will be deeply missed by his wife of 60 years, Carole; son, Glen (Annie) Anderson and grandsons, Jeff and Jack. He was predeceased by his parents, Donnie and Pat Anderson. In honour of Fred’s life, family and friends will round up at the Elk’s Hall, 521 – 5th Ave. in Maple Creek, SK. on Friday, July 12, 2019, from 1:00 p.m. to 4:00 p.m. (Condolences may be expressed by visiting our website at www.cooksouthland.com) Honoured to serve the family is