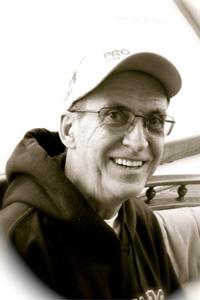 Clark, Peter John – On March 26, just before 5 pm, with his loving family by his side, Papa passed from this world and became our newest Angel in Heaven. Dad leaves behind many wonderful memories for his daughters and sons-in-law, Lenore & Jason Warner and Allison & Wayne Sands (and their mother Eunice Clark) and the lights of his life his grandson Trevor James and grand-daughters Sara Dawn and Emma Gladys. Peter is survived by his brothers Frank (Erica) Clark, and Derrick (Lorraine) Clark, and his sister Jean (Jim) Benson and his many cousins who were like brothers and sisters to him as well. He had numerous nieces, nephews, great- nieces and nephews on both the Clark and Townsend sides, as well as many friends old and new. Pete was predeceased by his father Frank, mother Doris, infant brother David and his father and mother in law George and Gladys Townsend. Lenore and Allison would like to thank Elizabeth, Julie, Diane, and Margery for their love and compassion in his final days, as well as the nurses and care aids at Rainbow Lodge, (Maggie, Shavinder, Jenn, Pam, Robin,) Parkside Care Home, (Trista, Julie, Diane, Elizabeth, Jenn, Peter) and We Care, (Wendy, Shannon, Sharron) as well as anyone we may have forgotten to mention, you truly are Angels on Earth. A celebration of life will be held at the Columbus Community Centre, 7201 Domano Blvd, Prince George, BC from 1-4pm. Please come join us to share your memories and stories. In lieu of flowers donations can be made to the Alzheimer’s Society of BC at www.alzheimers.org or to the UBC Brain Research Center for Neurodegeneration at brain.ubc.ca/research.

One Condolence for “CLARK Peter”