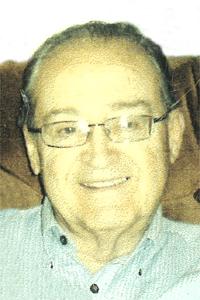 1935 ~ 2014
Roy Jackson Fletcher of Lethbridge, Alberta, passed away suddenly on May 7, 2014 at the age of 79 years. Roy was born in Red Deer, Alberta on Feb 1, 1935. He pursued his love of geography by earning his PhD from Clark University and also by travelling the world. In 1968 he moved the family from Buffalo to Lethbridge and taught at the U of L for 22 years before taking early retirement to focus on traveling. Roy will be remembered fondly for his passion for travel, seeking adventure tours and treks rather than relaxing at a resort. He explored over 100 countries multiple times, during a lifetime of travel. He hiked across Prince of Wales, camped in the Sahara Desert and visited so many places in between. Roy is survived by sons Robert, Kenneth and Richard, grandsons Owen and Ethan, brother Ross (Linda), as well as a niece (Brenda), five nephews (Brian, Scott, Chris, Bryce, Todd) and their families. A Celebration of Life will be held at a location and date to be announced soon. For those who wish, memorial donations may be made to the Canadian Cancer Society (www.cancer.ca). Send condolences at www.mbfunerals.com.

One Condolence for “FLETCHER Roy”