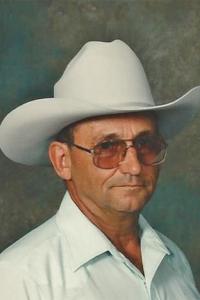 1939 ~ 2014
Garvin Gaehring was born in St. Michaels Hospital in Lethbridge on October 12, 1939 to parents Carl and Kitty of the Hoping District. He completed his schooling at the Hoping School and worked at home until the death of his father in 1962. Garvin took over his parents’ farm where he lived and worked on his own until 1964. He married Judy Wareberg and together they farmed and ranched combining the land of both sets of parents. Ranching, good cattle and even better horses, rodeo and the western lifestyle made Garvin happy. He worked hard and loved his work. Garvin enjoyed hot days spent swathing tall fields of green feed and finishing up with a warm bottle of Pilsner. He often said work was all he needed to enjoy life. Fencing was his favorite task and he looked after all the fences bordering his land. He enjoyed lending a hand to others if they asked for his help. Garvin supported his children in 4-H horse club, horse shows, and most especially in their rodeo endeavors. He drove many miles taking Lee and his bull riding friends to rodeos before they could drive and often went with Lynne to barrel races. Garvin became active in the Chinook Rodeo Association and served on the Board of Directors for 12 years. He was selected as the CRA \”Cowboy of the Year\” in 1991 for his efforts in the association. In 2004, Garvin survived a major heart episode which resulted in brain injury. Since that time, he has spent about 7 years at home and the rest in various institutions. Milk River Continuing Care was his most recent home where he was cared for like a family member until his passing on June 29, 2014. Garvin is survived by his wife of 50 years, Judy; his daughter Lynne Morris (Cam) of Patricia; his son Lee (Kim) of Coutts, and 5 grandchildren, Tess and Calder Morris, and Brahmer, Blue, and Hadlee Gaehring. He also leaves one sister, Maxine Louis of Seattle, Washington, and several nieces and nephews and their families. He was predeceased by his parents and brothers Joe Grant and Bob Gaehring. A Memorial Service will be held at the Grain Community Hall on Friday, July 11 at 2:00 p.m. with friend and neighbor, George Henline, officiating. Friends are invited to attend to remember and share stories of Garvin in better times. Send condolences at www.mbfunerals.com.