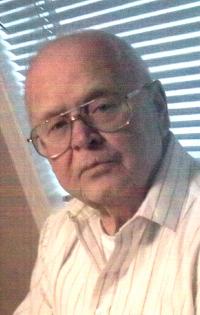 ROBERT ALLEN BARVA, beloved husband of the late Beverley, passed away suddenly at the Chinook Regional Hospital on Sunday September 14, 2014, at the age of 80 years. He is the father of Shelley Metzger, Tracey (Eugene) Arik and Robyn Melling and leaves behind four grandchildren: Kyle and Megan Arik, Faith Metzger, Matthew Melling; and a niece Kim Buckler and family, a nephew Mark Green, and his buddy Lyle Metzger. He is predeceased by a sister Geraldine and parents Robert Sr. and Helen Barva. Bob was a journeyman printer who worked at the Calgary Herald. There he met his future wife Beverley when she was visiting Canada on a trip from her home in Australia. In 1967 they moved their family to Vancouver Island where they owned a printing business, eventually settling back in Lethbridge where he worked at the Lethbridge Herald then the Ad-Visor. Bob enjoyed camping and fishing, especially at Payne Lake. He spent as much time outdoors as possible, with many hours puttering in his back yard and tending to his prized Chelsea tomatoes and Hungarian green onions. He loved playing darts with his sons-in-law and cards, crib, or chess with anyone who was interested. After his wife passed away in 1991, he began fixing and selling bicycles. This hobby occupied a good deal of his time from spring to fall and he got special satisfaction from helping out low income families and customizing bikes for people with extra needs. He was a familiar sight in his neighbourhood riding his bicycle around suppertime. Bob and his dog Chelsea were inseparable companions for many years. It was uncanny how much English she could understand and she would never let him out of her sight. They would walk around Henderson most days and at one point Bob had thrown Chelsea so many balls that he injured his shoulder, prompting him to invent a special sling for throwing. Bob had a bad health scare a year ago and afterwards said that each day he woke up was a bonus to be enjoyed and appreciated. The family would like to extend a special thanks to his neighbours George and Sandy for their many years of kindness, care and concern. The Funeral Service will be held on Saturday, September 20, 2014 at 11:00 a.m. at CHRISTENSEN SALMON GENERATIONS FUNERAL HOME, 703-13 Street North, Lethbridge. Interment to follow in the Mountain View Cemetery, Lethbridge.

One Condolence for “BARVA Robert”