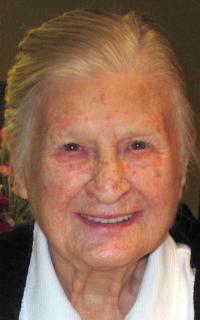 \”I will lift up mine eyes to the hills,
From whence cometh my help.
My help cometh from the LORD,
Which made heaven and earth.\”
Jannetje Van Sluys of Fort Macleod, beloved wife of the late John Van Sluys passed away on December 3, 2014 at the age of 89 years. Jannetje is survived by her children Dennis (Marion) Van Sluys, Henry (Tilly) Van Sluys, John (Gerda) Van Sluys, Gary (Brenda) Van Sluys, Linda (Don) Maclean, Joanne (Terry) Stevens, eighteen grandchildren, twenty nine great grandchildren, three brothers, and three sisters, as well as numerous nieces, nephews and their families. A viewing will be held between 5:00 P.M. till 5:30 P.M. Saturday December 6, 2014 at EDEN’S FUNERAL HOME, 2424 5th Ave, Fort Macleod, AB. Condolences will then continue until 7:00 P.M. The Funeral Service will be held at 1:30 P.M., on Monday December 8, 2014, at THE NETHERLANDS REFORMED CONGREGATION, 2608 — 7 Ave, in Fort Macleod. Interment will follow at the Union Cemetery of Fort Macleod. In lieu of flowers memorial donations may be made to the Chinook Regional Hospital, 960 -19th St S, Lethbridge, AB T1J 1W5.

One Condolence for “VAN SLUYS Jannetje”