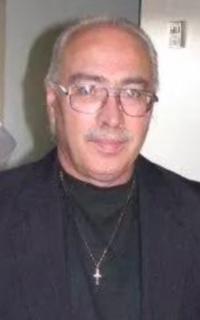 It is with heavy hearts and great sadness that we announce the passing of our most beloved husband, father, grandfather, son, brother and uncle- FARRELL JOSEPH BERNICKY who passed away on Jan 11, 2015. Left to mourn his passing: his mother Marion Bernicky, sister Donna (Mike) Burk, brother Raymond ( Salonge) Bernicky and numerous nieces and nephews. Farrell was born on Mar 26, 1956 in Smith Falls, Ontario. He made his way to Alberta, where he married his best friend and soulmate Danielle. Together they raised their 3 children-Ryan Bernicky (Kaity), Brett Bernicky, and Maegan Bernicky (Danny).In 2010 and 2013 the 2 greatest joys of Farrell’s life arrived-his granddaughter Lainey Bernicky and his grandson Dayton Janzen. Farrell’s face never ceased to light up in their presence, nor could he hide the tear rolling down his cheek. In addition to his great devotion to his family, Farrell also found the time to give back to his community. When he wasn’t spending time with his family, Farrell could be found at the ice rink or the ball diamond. Whether coaching or officiating, whether his kids were involved or not, Farrell considered every member on his team as his family. Even when they grew, and moved on, Farrell held a special place in many hearts. Farrell was predeceased by his father Harry Bernicky and brother George Bernicky. Farrell’s kind, gentle nature touched many lives, near and far, his memory lives on in all of us. Funeral Services will be held Saturday, January 17, 2015 at SOUTH HILL CHAPEL, Cardston at 11:00 a.m.Friends may meet the family Monday, January 17, 2015 from 10:00 to 11:00 am with the service to follow. Interment to follow in the Woolford Cemetery. E-mail your condolences to: legacycardston@gmail.com

One Condolence for “BERNICKY Farrell”