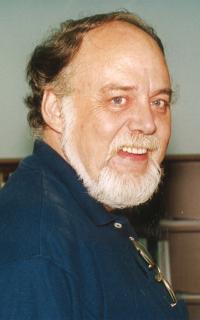 1948 ~ 2015
Mr. Ronald Forner of Coaldale, beloved husband of Mrs. Lucie Forner, passed away peacefully after a lengthy illness at St. Michael’s on Friday, January 16, 2015 at the age of 66 years. Born in Duncan, BC to his parents Kenneth Arlie and Bonnie June (nee Greenwood) Forner. Ron was employed at the Lethbridge Community College and Del Mar College in Corpus Christie, TX where he worked with his passion for computers. He graduated from Del Mar College in 1995, with an associate’s degree in Computer Science. Throughout his years, he loved to teach others. Ron also had a strong interest in music, particularly the guitar. When he was a young man, and well into his 50’s, he either played in a band or orchestrated the music for community play houses. He was a member of the Lethbridge Community Learning Council. Besides his loving wife Lucie, Ron is survived by; his daughter Nicole; grandchild Jessie Westbrook; his Father Kenneth; brother Kenneth (Bob) and his spouse Mary. He was predeceased by his mother Bonnie June in 2004. A Funeral Service will be held at 11:00am on Wednesday, January 21, 2015 at MARTIN BROTHERS RIVERVIEW CHAPEL, 610-4 St. S., Lethbridge, AB, with Reverend Glenda Wert, officiating. Send condolences at www.mbfunerals.com.

Leave a Condolence for Lucie Forner