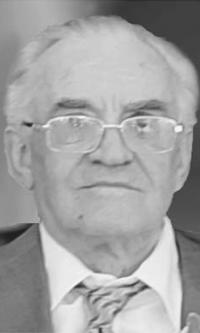 April 20, 1947 ~ February 2, 2015
David Bruce Wallace passed away on Monday February 2nd at the age of 67 years. He leaves behind his loving wife Carole; his son Troy (Jennie); daughter Tammy and three granddaughters, Talynn, Kameron and Logan. Bruce was the only son of Rose and David Wallace. He was an outgoing friendly guy with a lot of energy and enthusiasm. He was generous with his time and his money. He was a Licensed Optician and owned two Optical stores; at North Hill Shopping Centre and at South Centre. He managed the Flames Store in the Saddledome for many years and loved working the big events like Skate Canada, Hockey Skills Tournaments and the Olympics. He married Carole in January of 1997 and went on to work as a process server before ‘semi-retiring’ out to his beloved cabin at Hidden Valley Golf Resort. But he wasn’t one to sit still so he used his carpentry, electrical, plumbing and tiling skills to complete projects in his home and to generate extra income to help out around the resort. If Bruce wasn’t working, he was probably playing golf, watching a hockey or football game, or hosting a tailgate party. He had seasons tickets to Calgary Stampeder Football games most of his life and went to many Grey Cup games and volunteered when they were held in Calgary. He was a member of the Active 20-30 Club and held executive office for his club and served on the regional governing executive. Bruce travelled throughout Western Canada and the United States and Latin America. He and Carole took several trips to Puerto Vallarta where they made many friends. He survived concussions, broken bones, falling off a roof, being stung by a stingray, but when the flood hit Hidden Valley Golf Resort, he lost his home and then he lost his mobility due to an aneurism. He and Carole were moved to Taber when he was released from hospital last October, but complications put him back in the hospital in November where he passed away. A Celebration of Bruce’s Life will be held in the Chapel of Mountain View Funeral Home on Wednesday, February 11, 2015 at 2:00 p.m. In lieu of flowers, donations may be made directly to the Alberta Children’s Hospital, 2888 Shaganappi Trail NW, Calgary, AB T3B 6A8. To express condolences, please visit: www.mountainviewmemorial.ca. Arrangements entrusted to Mountain View Memorial Gardens, Funeral Home, Reception Centre & Crematorium, 1605 – 100 Street SE (GPS: 242013 – 100 Street SE), Calgary, AB (403) 272-5555.

One Condolence for “WALLACE Bruce”