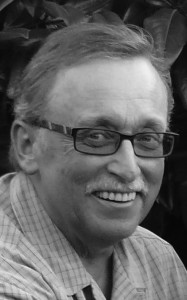 Randal “Randy” Howard Konynenbelt passed away peacefully at Chinook Regional Hospital on Sunday, June 14, 2015 at the age of 66.

Randy was born on March 21, 1949, grew up on the family farm south of Nobleford, and attended Noble Central School. He helped on the farm, was a service station attendant and trucker. He married Paulette Glynn in 1977; they lived in Nobleford and took over the agency of Nobleford U.F.A. in 1986. There he was a familiar, friendly, helpful businessman until they retired in 2004. For many years Randy was a valued member of the Nobleford Fire Department. He and Pauly enjoyed golfing, curling, camping, travelling around in their trailer, bicycling, and gardening. He spent many hours mowing grass and assisting his elderly mom in Nobleford and Phyllis and Clarence in Medicine Hat. Even as his own health was being compromised he continued to help others who needed a hand with one thing or another. Randy was a good-natured man and could be counted on to tell a story or recount an incident from the past with his usual jovial humour. He will be greatly missed.

Leave a Condolence for Bill Treber