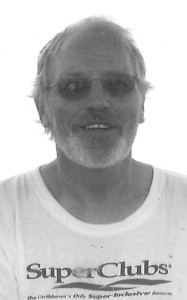 Loving husband, father, grandfather, brother, and uncle, he will be remembered for his passion for music and motorcycles. Phil was an avid musician in the music scene of Southern Alberta. Since the late 1970’s he continued to entertain local fans, including the Happy Trails Gang, right up until his death. He derived great pleasure from riding his bike and took every opportunity to go out and ride when the weather permitted.

We picture him in heaven playing his music, mowing the lawn, having coffee with his family, and helping anyone who needs it with his own special style of “Mr. Fixit”.

A Memorial Service will be held at 1:00pm on Saturday, July 11, 2015 at THE CHURCH OF JESUS CHRIST OF LATTER DAY SAINTS, 413 – 3 Street, Stirling. Interment to follow in the Stirling Cemetery.

Leave a Condolence for Toni Vere