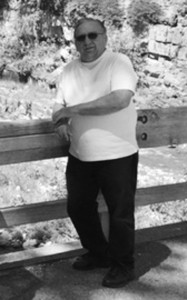 Wesley “Wes” Wolowidnyk of Coalhurst, beloved husband of Bernice Wolowidnyk, passed away suddenly on August 10, 2015 at the age of 68.

Wes was born in Yorkton, Saskatchewan on May 29, 1947 to Steve and Mary Wolowidnyk. He was raised in Ituna, Saskatchewan. In 1966, he graduated from high school and continued to learn throughout his life, attending SAIT and NAIT obtaining various certificates in the trades.

He worked in many areas during his career eventually retiring in October of 2014 from Suncor Plant at Firebag.

Wes enjoyed spending time with his family and tinkering around the yard with his best friend, Bernice, when he wasn’t working.

Besides his loving wife Bernice, Wes is survived by his 2 daughters, Leslie Wolowidnyk- Vogel and her husband Lawrence of Turin, Alberta and Brandy Wolowidnyk and her son Mason of Coalhurst, Alberta. He also leaves behind many other relatives and friends.

Leave a Condolence for Leslie