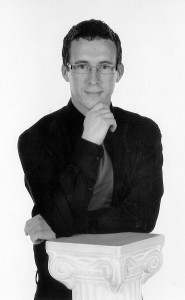 It is with great sadness the family of MICHAEL BERNARD LAWRENCE PITTMAN announce his passing on Sunday, October 4, 2015 at the age of 25 years.

He will always be lovingly remembered by his parents, Lawrence and Marina Pittman of Foremost, his sister Alyssa (Jason) of Vulcan and grandmothers Shirley Pittman of Milk River and Jurreen Albert of Coutts. Also left to mourn his loss are his aunts and uncles Denise (Leon) Wensmann, Diane (Larry) Wiltshire and Karen (Kevin) Valgardson as well as numerous cousins and extended family.

Michael was predeceased by his grandfathers, Bernard Pittman and Johan (Hans) Rudhart.

Michael was born on May 8, 1990 and grew up on the family farm, south of Foremost, in the Lucky Strike area. He attended Foremost School from ECS to grade 12. After his high school graduation, he completed the Agriculture Technology program at the Lethbridge College. He then took a break from his education to fulfill his dream to experience farming in Australia. He spent six months in Australia on the AgriVenture program, where he was able to learn about their farming practices, experience the culture and travel the country. When he returned from Australia, he went on to continue his education at the University of Lethbridge and achieved his goal of earning a degree in Agricultural Studies this past December.

While Michael was working on his post-secondary education, he worked five summers as a field technician for the chemical company, BASF, near Coalhurst, AB. Michael loved his job there and was excited when he began working there full-time in January. He had a very promising future and was excited to begin this new chapter in his life.

In lieu of flowers, donations may be made in Michael’s name to the Foremost Community Hall Association, 802 – 1st Avenue West, Foremost, AB, T0K 0X0 or to a charity of one’s choice.

Please visit www.cornerstonefuneralhome.com to send a condolence and for further details.

One Condolence for “PITTMAN Michael”

Leave a Condolence for Alvin and Sherry Schamber