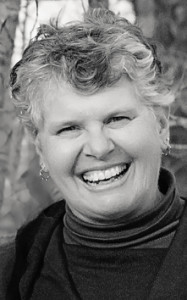 Lynn was born February 06 1958 in Scarborough, ON to James and Edna Baker (both deceased). She leaves to cherish her memory her husband, Bruce, two daughters, Shannon Blackadder (Wade Doucette) and Michele (Chris) Meyers and one son, Matthew Blackadder. Additionally, she is survived by her father-in-law, Robert, five siblings: Loni, Lori, Grant, Garth and Glenn, and three grandchildren; Nicole, Jayden and Connor.

Lynn began a nursing career in 1981 after graduating from Ryerson Polytechnical Institute; she worked in a variety of fields including: labour and delivery, home nursing, the operating room, and service in the Canadian Armed Forces as a Nursing Officer from 1988 to 1995. Her career ended working in the operating room at the Chinook (Lethbridge) Regional Hospital.

Lynn lived life to the fullest. She had many passions including: bird watching and singing with the Southern Accords and Vocal Motion Choruses, but her greatest interest was combining her amazing photography skills with all of her pursuits. Always up for a new adventure, she recently took up motorcycling and scuba diving and was looking forward to travelling and seeing more of the world. Her greatest love however, was for people: her family, for whom no effort was too great; as well as those with whom she worked and sang with.

A memorial service will be held in the new year at the Lethbridge Salvation Army Church on 13th Street, Lethbridge with date and timings to be announced.

In lieu of flowers, friends who wish to donate please do so to the Canadian Heart & Stroke Foundation or the Canadian Diabetes Association.

Leave a Condolence for Birds of Prey Foundation