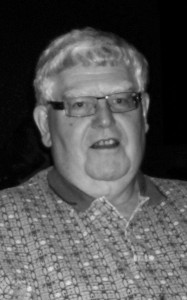 Mr. Garth Balfour of Lethbridge, left us far too soon. He passed away at the Chinook Regional Hospital on February 22, 2016 at the age of 75 years.

Born in 1940 in Sintaluta, Saskatchewan; Garth spent some time working in his Dad’s hardware store, but at the age of 19 he began his career with Eecol Electric. Garth would spend more than 40 years with Eecol, which eventually brought him to Lethbridge. Garth had a lifelong love of various sports, especially a love/hate relationship with golf.

At Garth’s request there will be no funeral service, however; a private family interment will be held at a later date. In lieu of flowers, memorial donations in Garth’s name may be made to the Heart and Stroke Foundation of Alberta, Box 2211, Lethbridge, Alberta T1J 4K7, or to a charity of one’s choice.