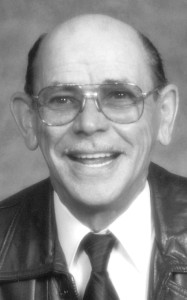 It is with profound sadness that we announce the passing of our dear father, papa and husband, FERNANDO RESENDES ANDRÈ, who passed away at the Chinook Regional Hospital, Lethbridge, AB., on Monday, February 29, 2016, at the age of 76 years.

Dad was born and raised in Faial da Terra, São Miguel, Azores, Portugal. He immigrated with his family to Canada in 1960 at the age of 21. He first settled in Coaldale, Alberta where he worked on a sugar beet farm, determined to create a successful and prosperous life in his adopted homeland. He later moved to Lethbridge where he met the love of his life, Ann Grosso. Dad soon began his lifelong career at Purity Dairy where he advanced quickly in the company and became a Culture Product Developer and Cheese Producer. Dad was an honest man with a tremendous work ethic and believed in always doing your best at whatever you do. He worked hard to instill these values in his children and grandchildren. He retired in 2004 after a distinguished career in which he received numerous provincial and national awards for development and advancement in the dairy product industry.

Dad enjoyed music and spending time outdoors in the sunshine. As a young man he played the saxophone and clarinet in his hometown marching band. He also spent many years singing in the St. Patrick’s church choir. Dad loved spending time at home with his family and we have many memories of countless summer days spent gardening and working with Dad around the house. He prided himself in keeping our yard and garden in pristine shape and was well known for delivering baskets of fresh fruits and vegetables throughout the neighbourhood every summer. Dad also loved cooking and enjoyed teaching us kids how to cook traditional Portuguese dishes. We will always cherish the memories of him and Mom cooking up huge family meals for every special occasion.

During his later years, Dad’s health started to decline. Although he couldn’t get around as fast as he used to, he still enjoyed starting his planting seedlings each spring and getting ready for his next harvest with his grandchildren in tow. He loved nothing more than sitting out on the patio in the sunshine with Mom, enjoying visits from his children and grandchildren.

Rest in eternal peace, Dad. You will live on forever in our hearts and memories.

A Funeral Mass will be Celebrated at OUR LADY OF THE ASSUMPTION CATHOLIC CHURCH, 2405-12th Avenue South, Lethbridge, Alberta on Saturday March 5th, 2016 at 9:30 A.M, with Father Kevin Tumback Celebrant.

Fernando had a giving heart and believed in the duty of helping others in need. In lieu of flowers, donations may be made in his memory to a charity close to your own heart.

Leave a Condolence for Tony and Vida Costa