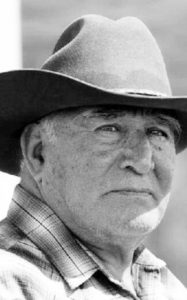 PETER MARK BRUISED HEAD passed away at the Lethbridge Regional Hospital on February 21, 2017 at the age of 80 years. Pete was born at the Cardston Blood Indian Hospital. August 23, 1936. His parents were Pete Bruised Head and Genevieve (Blood) Bruised Head.

Throughout Pete’s rodeo career, he had numerous family and friends throughout Canada and the USA. The family apologizes if we have missed anyone.

Leave a Condolence for Ted Vayro