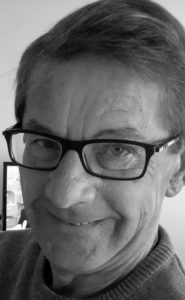 Mr. Richard (Rick) Borysewicz passed away on April 26, 2017 at the age of 66 years. Born to Boleslaw and Lola Borysewicz in Hull, England October 11, 1950, Lethbridge was home since 1952. Rick graduated from Catholic Central in which it took him to SAIT where he earned his accomplishment for Parts Man, where he worked in the automotive sector for over 30 years. Rick enjoyed coaching Little League baseball to showing off his classic Impala. Rick was a man who enjoyed the simple things in life. Rick is survived by his sister Helen (daughters Dana and Nina); son Richie (Ashley) and their boys Henrik and Maddox; daughter Jillian (John) and their son Adler. A special mention to Rick’s ex-wife Barbara (Dale) McCaugherty. A Funeral Service will be held at 10:00am on Saturday April 29, 2017 at MARTIN BROTHERS RIVERVIEW CHAPEL, 610 4 Street South, Lethbridge, AB. Reception will follow at 729 Stafford Drive North, Lethbridge, AB.

One Condolence for “BORYSEWICZ, Richard”