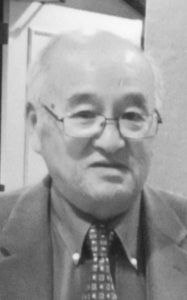 Passed away peacefully in Ottawa, Ontario on December 8, 2017. Beloved son of the late Mitsuyo and Tadao Ohno.

Born in Mission, B.C. and evacuated to Shaughnessy, Alberta in 1942. Then to Barnwell/Taber and Lethbridge, AB.

After graduating from Calgary Tech, he moved to Ottawa to work for the Government in the Research Department.

A memorial service will be held at a later date in Ottawa, Ontario.

One Condolence for “OHNO, Tom”

Leave a Condolence for Patricia moffitt