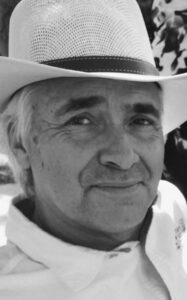 Dale ZoBell was born and raised by parents John and Doris just west of Raymond on the family farm. This is where he had “the best childhood ever” with his brothers and sister, all of whom he taunted and adored. His home was his pride, and he loved referring to himself as a farm kid. On May long weekend 1971 in the Waterton dance hall he met his best friend and love, Susan Brayley, and they were married in December of that year.

In choosing his career he didn’t stray far from his roots and studied animal science at both Oregon State University and Utah State University, where he would eventually earn his PhD specializing in beef cattle nutrition and reproduction. Dale’s first job was with Cargill, followed by Alberta Agriculture, and finally a professorship at Utah State University. He was passionate about what he did and would often say, “I love going to work”.

He raised his family in the Church of Jesus Christ of Latter-Day Saints where he held a variety of leadership callings. Dale would jokingly say that he served his mission as a young man in Banff but his greatest mission came later in life through humanitarian work in 14 third-world countries. Dale and Susan’s lives were enriched through travel and exploration together; they visited 54 different countries in total. Dale, always the curious, soaked up the wisdom of contrasting cultures, mingling with and talking to the people.

In 2015 he retired and moved to the Coeur d’Alene area in northern Idaho to be closer to family. Dale loved fishing and spent much time in his boat; in solitude or with a grandkid or two in tow. He was fond of nature and he loved to be outdoors with a desire to get himself closer to the mountains. Skiing, hiking and camping fulfilled him, as did riding his bike with Sue. His favorite past time however, would be family time. He loved his family, he cherished his grandkids. He was the best story teller and could mesmerize them with all his tales. Being loud, entertaining, full of humour, and always doling out advice and words of counsel were his best qualities. “Nothing I’ve ever done or will do will compare to my family”.

He was always a proud Canadian even though he lived in the US for the last 23 years, only ever having missed a handful of July 1st celebrations in Raymond. He loved coming home.

Dale passed away peacefully eight months after being diagnosed with a Glioblastoma (brain cancer) in Coeur d’Alene. His Suzie was by his side.

Memorial service to be held in Raymond at a later date when border restrictions due to Covid-19 are lifted.