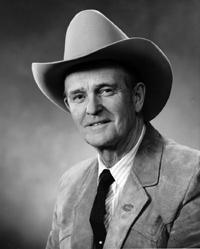 Mr. Murray Leonard, beloved husband of Mrs. Margaret Leonard of Medicine Hat, passed away on Friday, August 24th, 2012 at the age of 93 years. Murray also leaves to cherish his memory three daughters, Cheryl Ellis (Brian Hill) of Medicine Hat, Lori (Marty) Ross of Buffalo / Redcliff and Marlene (Bill) McKinley of Medicine Hat; four grandchildren, Lindsay Ellis (Dallas Monk) and their daughter, Morleigh, Bradyn and Taylor Ross and Eryn Santink; in-laws, Dorothy Leonard of Millet, Bill (Lorraine) Anson and Gladys Hurlbert both of Calgary; as well as several nieces and nephews. Murray was predeceased by his parents, Edward and Myrtle Leonard; and one brother, James “Mickey” Leonard. Murray was born on December 31st, 1918 in Medicine Hat and was raised in the Orion District where he attended school. As a young man, Murray worked for Frank Kraft on his farm before taking over his grandfather’s farm. Murray began hauling grain, and in the late 1940’s, started Leonard and Perrett Trucking with Garth Perrett which they continued to own and operate for the next 50+ years. Murray was active in his girls’ activities, he also enjoyed riding, rodeo, and working with the Medicine Hat Exhibition and Stampede where he served as director for many years. The Funeral Service will be held in the CYPRESS CENTRE, 2055 – 21st Avenue SE, on Wednesday, August 29th, 2012 at 2:00 p.m. with Gary W. Goran officiating. A private interment will take place on Thursday. Memorial gifts in Murray’s memory may be made to the Multiple Sclerosis Society, 101 – 1201 Kingsway Avenue SE, Medicine Hat, Alberta, T1A 2Y2. Condolences may be sent through www.saamis.com or www.gonebutnotforgotten.ca or to condolences@saamis.com subject heading Murray Leonard. Radio funeral announcement can be heard on Tuesday around 12:35 p.m. on Power 93.7 fm. Funeral arrangements are entrusted to SAAMIS MEMORIAL FUNERAL CHAPEL AND CREMATORIUM, “The Chapel in the Park”, locally owned and directed. Should you wish any additional information, please telephone (403)528-2599

Leave a Condolence for Hardy & Gloria