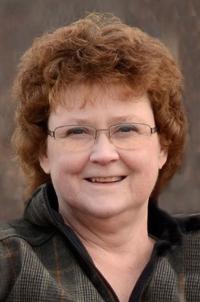 It is with great sorrow that we announce the sudden passing of Debra “Debbie” Michelle Gerrard who passed away on Saturday, November 24, 2012, at the age of 55 years, beloved wife of Keith Gerrard and mother to Erin (Cody Evjen), Kellen and the late Liam. She also leaves to cherish her memory three brothers, Rick Ward, Jim (Shirley) Ward and Neil Ward (Susan Howard); one sister, Kim (Tim) Filanti as well as numerous nieces and nephews. She was predeceased by her parents, Ed and Gay Ward and her son, Liam on July 11, 1996. Debbie was born in Jasper, Alberta and moved to Medicine Hat at the age of three years old. She graduated from McCoy High School in 1975. Debbie and Keith were married on July 14, 1978. Debbie worked for a short time as an AGT operator. She worked for REDI Enterprises from 1982 to 2007, where she was instrumental in starting the REDI Social Club. At age 50, she enrolled in the Office Technology program at the Medicine Hat College and graduated on the President’s Honor Roll. She worked for two years as a temporary employee for the City of Medicine Hat. Later, she became the Regional Office Administration Assistant for the Canadian Cancer Society, a job she loved immensely. Debbie enjoyed the simple pleasures of life; she loved reading and adored her two little dogs, Smooch and Tango and her family came first above all else; she had a great sense of humour and a wonderful imagination to go along with it, making her an incredible story-teller. In honour of Debbie’s vibrant personality, bright colours are welcome at the service.
Family and friends will gather for prayers in the PATTISON CHAPEL on Thursday evening at 7:00 p.m. The funeral mass will be celebrated on Friday, November 30, 2012 in St. Patrick’s Roman Catholic Church (238 2nd Ave N.E.) At 11:00 a.m. with the Very Reverend Fr. Long Vu celebrant. Interment will follow in the Hillside Cemetery. As an expression of sympathy donations may be made to the Canadian Down Syndrome Society, Suite 103 – 2003 14 Street NW, Calgary, Alberta T2M 3N4 or the Canadian Cancer Society #102 Crestwood Square One, 1865 Dunmore Road SE, Medicine Hat, AB T1A 1Z8. To e-mail an expression of sympathy, please direct it to: pattfh@telusplanet.net subject heading: Debbie Gerrard, or you may visit www.gonebutnotforgotten.ca and leave a message of condolence. Funeral Arrangements are by the PATTISON FUNERAL HOME AND CREMATORIUM 540 South Railway St. SE, Medicine Hat T1A 4C2

No Condolences for “GERRARD”

Leave a Condolence for Dale Weisgerber