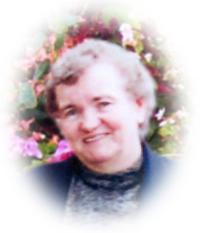 Amalia Baedke passed away on Friday, July 5, 2013, at the age of 85 years, beloved wife of the late Alwin Baedke of Medicine Hat.  She leaves to cherish her memory two children, Ernest (Diana) Baedke of Medicine Hat, Ingrid (Don) Smith of San Diego, California;  three grandchildren, Jessica Baedke, Sydney Baedke and Joshua Baedke;  one sister, Sophie (Peter) Weleschuk and one brother, Ted (Irmgard) Kaucher, both of Calgary;   brothers-in-law, Otto Friess and John (Elsie) Baedke, both of Medicine Hat;  three sisters-in-law, Erika Baedke of Medicine Hat, Elfrieda Lasslop of Calgary and Wilma Ritter of Kitchener, Ontario, as well as numerous nieces and nephews.  Amalia was predeceased by her parents, Alexander and Emilie;  two brothers, Sasha Kaucher and David Kaucher;  three brothers-in-law, Otto Baedke, Julius Lasslop and Herbert Ritter as well as two sisters-in-law, Elsie Friess and Elfrieda Kaucher.  Amalia was born on August 29, 1927 in Rosenfeld, Russia and immigrated to Canada in the 1950’s when her family was sponsored by the Bender family.  Amalia felt a strong sense of responsibility towards her mother and siblings, and worked hard to help provide for them, whether in the greenhouse or at the glass factory.  On February 11, 1961, she married Alwin Baedke and they moved West of Medicine Hat where they have farmed since, first with Alwin’s parents and siblings, and then with their two children.  Amalia was a wonderful cook, baker and gardener, and helped alongside Alwin in the fields.  In 2011, Alwin and Amalia moved into Meadowlands Retirement Residence Assisted Living.  Ill health separated them as Amalia moved into Sunnyside Nursing Home in February 2011.  They were happily reunited in December 2011 as Alwin then also moved into Sunnyside Nursing Home.  After a few months together, Alwin passed away on February 9, 2012, taking a part of Amalia with him.  Amalia was a serious, strong-minded lady who appreciated the simple things in life – a clean house, bountiful garden and home cooked meals and baking prepared for her family.  She had a strong love for her children and grandchildren, but especially for Alwin, who never failed to make her laugh.  The family would like to send a special thank you to Dr. Byron Hirsch and all of the staff of South Country Village, especially Robert and Wendy.  Those who wish to pay their respects may do so starting one hour prior to the celebration of Amalia’s life which will be held at Cook Southland Funeral Chapel, 901 – 13 Street S.W., Medicine Hat on Monday, July 8, 2013, at 1:30 P.M. with Pastor Garth Wehrfritz-Hanson officiating.  Interment will follow at Hillside Cemetery with a time of fellowship to be shared thereafter in the Cook Southland Reception Center.   (Condolences may be expressed by visiting www.cooksouthland.com)  In lieu of flowers, memorial tributes in memory of Amalia may be made to the Heart and Stroke Foundation of Alberta, 124, 430 – 6 Avenue S.E., Medicine Hat, Alberta, T1A 2S8.  Honoured to serve the family is COOK SOUTHLAND Funeral Chapel, 901 – 13 Street S.W., Medicine Hat, Alberta, T1A 4V4.

No Condolences for “AMALIA BAEDKE”