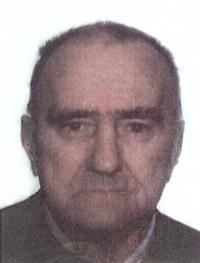 John Bollinger, beloved husband of Blanche Bollinger of Medicine Hat, passed away on Thursday, November 21st, 2013 at the age of 79 years. John also leaves to cherish his memory two sons, Garry and Edward (Dena); four grandchildren, Breanna and Brooke Bollinger, Ken Lyczewski, and Amanda (John) Lyczewski; one great-grandchild, Stephanie Lyczewski; one sister, Hilda (Ron) Anton; as well as numerous nieces and nephews. John was predeceased by his parents, Samuel and Wilhemina; one brother, Jack; and four sisters, Elsie Bierback, Anne Nokelby, Emma Gebhardt, and Frieda Scherer. John was born and raised in Schuler, Alberta and attended Myhall School. In 1941, the family moved to Medicine Hat where he then attended Elm Street School. He married Blanche Lavoie on October 1st, 1968 in Medicine Hat. John worked at Beny Motors, Medicine Hat Greenhouses, and the Alberta Goverment in the Public Works Department, retiring in 1995. He enjoyed fishing, gardening, hunting, woodworking, and especially spending time with his grandchildren. John will be greatly missed and lovingly remembered by his family and friends. Those wishing to pay their respects may do so at SAAMIS MEMORIAL FUNERAL CHAPEL, #1 Dunmore Road SE, on Tuesday from 7:00 to 9:00 p.m. The Private Funeral Service will be held in SAAMIS MEMORIAL FUNERAL CHAPEL on Wednesday, November 27th, 2013 with Gary W. Goran officiating. A Private Interment will take place in the Family Plot at Saamis Prairie View Cemetery. Memorial gifts in John’s memory may be made to the Alberta Heart & Stroke Foundation, #124, 430 – 6th Avenue SE, Medicine Hat, Alberta, T1A 2S8. Condolences may be sent through www.saamis.com or to condolences@saamis.com subject heading John Bollinger. Funeral arrangements entrusted to SAAMIS MEMORIAL FUNERAL CHAPEL AND CREMATORIUM, “The Chapel in the Park”, locally owned and directed. Should you wish any additional information, please telephone (403)528-2599

Leave a Condolence for Larry Watkins