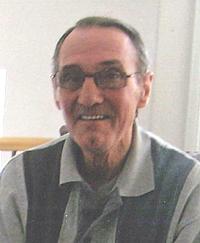 Mr. Darcey MacDougall, beloved husband of Mrs. Marie MacDougall of Redcliff, passed away on Tuesday, February 18th, 2014 at the age of 64 years. Darcey also leaves to cherish his memory his father, Douglas MacDougall; two children, Jefferey “Jeff” (Lindsay) MacDougall of Redcliff and Jennifer MacDougall of Fort Saskatchewan, Alberta; four beautiful grandchildren, Zoey, Elliot, Allia and Lincoln; one brother, Stewart (Jennifer) MacDougall of Fort McMurray, Alberta; two sisters, Deanie (Fred) Briggs of St. Stevens, New Brunswick and Dixie Zimmerman of Medicine Hat; one nephew, Cass (Stacey) Zimmerman; and one niece, Renea Zimmerman. Darcey was preceded in death by his mother, Mabel MacDougall. Darcey was born in Medicine Hat on June 2nd, 1949 and lived most of his life in Redcliff. He and his family moved to Suffield while his dad worked at the base. Darcey and his dad used to work together planting trees. While he was working at Peddy-Ray Geo Physical on the seismic crew he met his wife Marie, they were married in 1978 in Calgary. Darcey and Marie had two children, Jennifer and Jefferey, and they settled with their family in Redcliff. He worked in Fort McMurray for Local 92 Labourers Union and he also worked in Edmonton. His favourite part of working with the boys was all the time they had to “shoot the breeze” about nothing as long as he was with the boys! Darcey loved spending time with his grandchildren, who he loved very much. He was a very kind person always willing to help no matter what. Darcey loved old country music and watching the history channel and two of his favourite things to do at 5:00 a.m. were go and have coffee and read the paper for two hours, lol! Darcey’s memory will be forever cherished by all those who knew and loved him. The Funeral Service will be held in SAAMIS MEMORIAL FUNERAL CHAPEL, #1 Dunmore Road SE, on Wednesday, February 26th, 2014 at 10:00 a.m. with Gary W. Goran officiating. Interment will follow in the Family Plot at Redcliff Cemetery. Memorial gifts in Darcey’s memory may be made to the Alberta Heart & Stroke Foundation, 124, 430 – 6th Avenue SE, Medicine Hat, AB, T1A 2S8, or to the Charity of One’s Choice. Condolences may be sent through www.saamis.com or to condolences@saamis.com subject heading Darcey MacDougall. Radio funeral announcement can be heard on Tuesday around 11:45 a.m. on 93.7 Praise FM. Funeral arrangements are entrusted to SAAMIS MEMORIAL FUNERAL CHAPEL CREMATORIUM & RECEPTION CENTRE, “The Chapel in the Park”, locally owned and directed. Should you wish any additional information, please telephone (403)528-2599