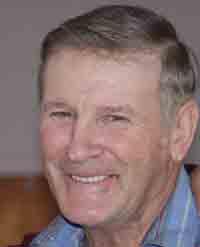 1943 ~ 2014
It is with heavy hearts that the family of Herbert Roy Dewalt, beloved husband of the late Margaret Rose Dewalt nee Carr, announce his passing at the Riverview Care Centre on Friday, February 21, 2014, at the age of 70 years.  Herb was raised southeast of Medicine Hat by his mother, Rosie and lived most of his life in Medicine Hat with the exception of moving a few times to work away when necessary.  He had two sons, Robert and Darcy with his first wife Margery (nee McLaren) Dewalt.  In 1990, he married Barb (nee Pappaquash) Dewalt and in 2009, he married Margaret “Maggie” (nee Carr) Dewalt.  He was a long term steward of his charges spending more than 30 years at Wolfery’s Dairy, Kappler Dairy and the Hatview Dairy Farm.  His happiest days were spent tending to the cows in the early morning sunshine.  In his working years, his evenings were spent with friends often at the bowling alley or as a young man fishing with his friend, Victor.  To friends, Herb was a hardworking man who enjoyed the company of family, the Medicine Hat News, a bottle of Pepsi and chocolate bar.  Left to cherish his memory are is sons, Darcy (Christy)  Dewalt their daughters, Niya and Orla; Robert (Bernadeth) Dewalt and their sons, William and John;  his brothers, Ruben (Ethyl) Dewalt and Harold Dewalt; sister-in-law, Dianne Dewalt (wife of Sam) and his best friend, Victor Mellinger.  Herb was predeceased by his last wife, Margaret (Carr) Dewalt (2012); mother, Rosina “Rosie” (Adams) (Dewalt) Wodham (1992); sister-in-law, Marj Dewalt (2014);  brothers, Sam Dewalt  and Art Dewalt;  sister, Frieda Butgereit.  A Celebration in honour of Herbert’s life will be held at Cook Southland Funeral Chapel on Friday, February 28, 2014, at 1:00 p.m. with Reverend Joseph Leavengood officiating.   Interment will follow at Hillside Cemetery. (Condolences may be expressed by visiting www.cooksouthland.com)  Honoured to serve the family is Cook Southland Funeral Chapel, 901 – 13th Street S.W. Medicine Hat, Alberta T1A 4V4 Phone 403-527-6455

No Condolences for “HERBERT DEWALT”