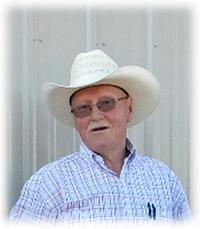 Mr. John Tevel, passed away peacefully at St. Joseph’s Home Carmel Hospice, on Monday, March 31, 2014, at the age of 58 years.  John was born in Medicine Hat, on December 6, 1955, a son to William and Helen Tevel and little brother to Gary.  They lived on the family farm until the Spring of 1966 before settling in Medicine Hat.  He attended Rushlake, Crestwood Elementary, Crescent Heights Jr. High and Medicine Hat High school where he gained his formative school years.  John worked many jobs out of high school including spending a winter in the Arctic Circle with Adeco Drilling.  When he returned, John started with the CPR and shortly after his orientation and training, he lost his leg to an unfortunate work accident.  John also worked for Art’s Excavating, where he was hired for a three-day job and ended up working for the next 20 years.  Following that time, John started his own business, WT Holdings where he purchased his first backhoe.  He helped many neighbours over the years in between his down time on the rigs.  John purchased several acreages over the years where he built his dream shop and house on each one.  He was hard working, happy go lucky and willing to help whoever he could.  John loved the rodeo circuit and enjoyed the Canadian Finals Rodeo in Edmonton for years, as well as helping out at branding parties in the area.  He was predeceased by his parents, William & Helen Tevel.  Left to cherish John’s memory is a brother, Gary (Rose) Tevel; numerous cousins in Holland, Alberta, B.C. and Saskatchewan as well as many close friends.  The Celebration of John’s life will be held at Cook Southland Funeral Chapel, 901 – 13 Street S.W., Medicine Hat on Saturday, April 5, 2014, at 1:00 P.M. with Life Celebrant Gerry Getz officiating.  A time of fellowship will follow the service at the Whiskey Creek Pub, 937 – 13 Street S.W., next door to Cook Southland.  Interment will take place later this summer. If friends so desire, memorial tributes in John’s memory may be made directly to a charity of one’s own choice.  (Condolences may be expressed by visiting www.cooksouthland.com)  Honoured to serve the family is Cook Southland Funeral Chapel, 901 – 13 Street S.W., Medicine Hat, Alberta  T1A 4V4   Phone 403-527-6455.

One Condolence for “JOHN TEVEL”