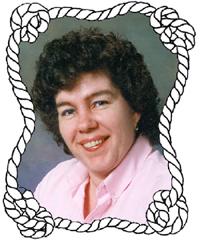 Therese (Carol) Akke Harris, passed away peacefully at the Medicine Hat Regional Hospital on Saturday, April 5th, 2014, with family by her side. She was predeceased by her father, Elias Tjeerd Vanderzee. Left to cherish her memory is her beloved partner, John Schlepp; her Mother, Rita Josephine Vanderzee; her children, Steven, Jesse, Mary, Lenny, Michael (Amanda), Nichole, Becky (Kevin) and Tyler (Erin); 17 grandchildren, 2 great- grandchildren;  siblings, Michael, Mary, Mark and Robert as well as numerous aunts, uncles, nieces, nephews and cousins.  Therese was born in Hamilton, Ontario on September 8, 1955.  She attended Catholic school, learned her family’s antique business and later attended a vocational school where she learned how to decorate cakes; thus becoming a cake decorator for Tim Hortons.  Once moving with her family to Alberta, Therese trained to become a Dog Groomer through the Alberta Dog Groomers Association and bought a pet store in Calgary, Alberta.  This was truly Therese’s passion.  Not only did she groom, she also raised and sold show dogs.  Throughout her career she won various competitions; one of which she placed 2nd for grooming.  Therese enjoyed camping, the outdoors, going to garage sales, rodeos and chuck wagon races, but was best known for her love of animals… animals of any kind!  Therese and John created their own zoo, where friends and family enjoyed visiting.  Therese was very social, easy to get along with and had many friends.  In the last stages of her illness, Therese’s friends were extremely supportive and giving and the family extends a very special thank you to Gaye Corbin for caring for Therese.  Those wishing to pay their respects may do so at Cook Southland Funeral Chapel, 901 – 13 Street SW, Medicine Hat on Wednesday, April 9, 2014, from 7:00 p.m. to 8:00 p.m., and again at 9:00 a.m. to 9:55 a.m., Thursday, April 10, 2014.  The Celebration of Therese’s life will begin at 10:00 a.m., at Cook Southland Funeral Chapel with Rev. Dr. Shane Andrus officiating.  Those wishing to attend are encouraged to dress casually in jeans and western wear.   If friends so desire, memorial tributes in memory of Therese may be made to the SPCA, 55 Southwest Drive S.W., Medicine Hat, Alberta, T1A 8E8 or to the Canadian Cancer Society, 102 Crestwood Square One, 1865 Dunmore Road S.E., Medicine Hat, Alberta, T1A 1Z8. (Condolences may be expressed by visiting www.cooksouthland.com)  Honoured to serve the family is Cook Southland Funeral Chapel, 901 – 13 Street S.W., Medicine Hat, Alberta  T1A 4V4  Phone 403-527-6455.

One Condolence for “THERESE AKKE HARRIS”