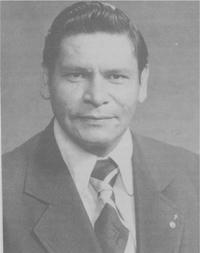 Lavern “Lee” Anderson of Medicine Hat, passed away on Tuesday, May 13th, 2014 at the age of 78 years. Lee leaves to cherish his memory his sons, Aubrey (Diana) Anderson and Noel (Jennifer MacGregor) Anderson; his daughter, Shawna (Scott) Lamarsh; three grandchildren, Chase Anderson, Evanne Anderson, and Grace Lamarsh; and his sister-in-law, Gladys Anderson. Lee was predeceased by his parents, Edward and Mary Anderson; one son, Jeremie Anderson; four brothers, Edward, Donald, Eric and Robert; one sister, Leona Chesney; and two half-sisters, Mildred and Annabelle. Lee was born at Etzikom on July 31st, 1935. He received his education to Grade 9 at Etzikom and attended high school at Hillcrest Christian College in Medicine Hat where he took some liberal arts and graduated in Theology. Lee was a heavy industrial equipment operator for about ten years, a minister at various district churches for about ten years and worked in social services, at Good Year, and in insurance sales. He was also a small business owner. Lee was involved with the Chamber of Commerce in High Prairie and was involved in the following organizations in Medicine Hat: Unisphere, John Howard Society, Frontier Foundation, Downtown Kiwanis Club, Nazarene Church, the Mental Health Association and the Stampede Board. Lee was an Alderman with the City of Medicine Hat for twelve years and will be remembered for his commitment to the welfare of the citizens of Medicine Hat and District. Those wishing to pay their respects may do so at SAAMIS MEMORIAL FUNERAL CHAPEL, #1 Dunmore Road SE, on Thursday from 7:00 to 9:00 p.m. and on Friday from 10:00 to 10:55 a.m. The Funeral Service will be held in SAAMIS MEMORIAL FUNERAL CHAPEL on Friday, May 16th, 2014 at 11:00 a.m. with Pastor Bob McGougan officiating. Interment will follow in the Family Plot at Saamis Prairie View Cemetery. Memorial gifts in Lavern’s memory may be made to the Alberta Heart & Stroke Foundation, #124 – 430 – 6th Avenue SE, Medicine Hat, Alberta, T1A 4S2. Condolences may be sent through www.saamis.com or to condolences@saamis.com subject heading Lee Anderson. Radio funeral announcement can be heard on Thursday around 11:45 a.m. on 93.7 Praise FM. Funeral arrangements are entrusted to SAAMIS MEMORIAL FUNERAL CHAPEL CREMATORIUM & RECEPTION CENTRE, \”The Chapel in the Park\”, locally owned and directed. Should you wish any additional information, please telephone (403)528-2599