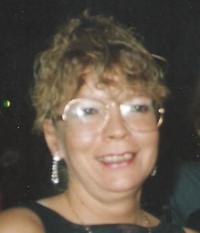 It is with the deepest of sadness and heartache that Felicia and Tim Anderson announce the passing of Felicia’s mother Sherry Lynn Ireson at the age of 53. Sherry passed away on July 21, 2014 in Grande Prairie, AB at the Queen Elizabeth II Hospital. Sherry is predeceased by her mother Dorothy Mudie of Medicine Hat, AB and survived by her daughter Felicia (Tim) Anderson of Edmonton AB, her sisters Chrystal Snow, Peggy Crespo, brothers John (Brenda) Niemi of Medicine Hat, AB, Lyle (Joanne) Niemi of Valleyview AB, Mark (Twyla) Cox of Medicine Hat, AB, Chris (Leona) Cox of Thunder Bay ON, and numerous nieces/nephews. Sherry was born in Thunder Bay, ON and relocated to Alberta as a teenager where she met Felicia’s father in Edmonton. Sherry and Felicia relocated to Medicine Hat where Sherry met and married Dave Ireson who she remained married to for 15 years. Dave and Sherry relocated to England for a number of years eventually returning to Medicine Hat. Sherry’s love for horses and the outdoors motivated the relocation to Valleyview. Sherry enjoyed animals, music, and socializing with family and friends. Sherry will be remembered as a fun loving and kind hearted spirit who enjoyed spending time with her friends and family.
A celebration of life will be held at the Temple Baptist Church, 606 7 street SW, on Friday August 1, at 10am with Reverend Brian Munro officiating. An intermittent at Hillside Cemetery and reception will follow at the Temple Baptist Church. Funeral arrangements are entrusted to Oliver’s Grande Prairie Funeral Chapel & Crematorium.

One Condolence for “SHERRY LYNN NIEMI-IRESON”