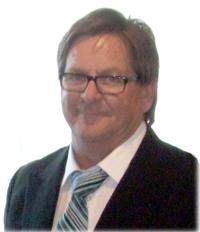 With heavy hearts the family of Trevor Dale Hasselberg, beloved husband of Vickie Hasselberg, announce his untimely passing in Warner, Alberta on Thursday, August 21, 2014, at the age of 54 years. He was born and raised in Calgary and later moved to Brooks where he married Victoria Liebelt on June 27, 1981.  Trevor worked in the oilfield industry and spent many years working overseas.  He enjoyed working on home improvements, hunting and treasured time traveling, camping and bird watching in the morning.  He was a huge NASCAR fan and enjoyed participating in the NASCAR club.  Trevor loved his children and will be forever remembered in the hearts of his wife, Vickie; his son, Dale Trevor Hasselberg (Megan Braumberger) and daughter, Kristie Rae Hasselberg; father, Edward (Jean) Hassselberg; brothers, James (Lynette), Vernon (Terry), Darryl (Peggy); step-sister, Lori Merriman; mother-in-law, Helen Liebelt; brother-in-law, Rodney (Alison) Liebelt as well as numerous nieces, nephews and their children. Trevor was predeceased by his mother, Norma Ulrick and father-in-law, Nels Liebelt.  Those wishing to pay their respects may do so at Cook Southland Funeral Chapel, 901 – 13 Street S.W., Medicine Hat, on Tuesday, August 26, 2014, from 7:00 p.m. to 8:00 p.m.  The Funeral Service will be celebrated at Cook Southland Funeral Chapel on Wednesday, August 27, 2014, at 11:00 a.m. with Reverend Barrett Scheske officiating.   (Condolences may be expressed by visiting www.cooksouthland.com)  Honoured to serve the family is Cook Southland Funeral Chapel, 901 – 13 Street S.W., Medicine Hat, Alberta  T1A 4V4  Phone 403-527-6455.

Leave a Condolence for Wayne and Chrystal Pellant