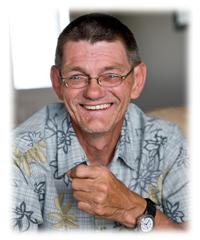 “We will carry you with us,
‘Till we see you again”

With heavy hearts the family of Raymond (Ray) Walter Person, announce his passing at the Medicine Hat Regional Hospital on Tuesday, December 2, 2014, at the age of 59 years.  Ray was born April 13, 1955 at Maple Creek, Saskatchewan, a son to proud parents, Walter & Isabel Person.  At a young age the family moved to Medicine Hat where he was raised and attended school.  A strong work ethic was instilled in Ray and it was evident in his life’s work.  He was a dedicated employee for the Glass Factory in Redcliff where he worked from 1980-1992.  In February of 2001, he started working for Penner International as a labourer at the Goodyear Warehouse until 2014. Meanwhile, over the past twenty years, Ray used his skills as a handyman and built a strong base of customers that he would do odd jobs for including cutting grass, painting, and maintaining yards.  With his dedication, sense of humour and likeable personality, Ray’s customers became good friends!  He cultivated many wonderful friendships throughout the years and he deeply cherished those friendships.  He enjoyed the little things in life… the outdoors, riding motorcycle back in the day, hockey and his cat, Sandy.    Ray was very friendly, kind to everyone and had a willingness to help those in need.  He could often be found at Tim Hortons having a coffee and chatting it up with his buddies.  He loved visiting with his friends and family and liked to play bingo with his sister and brother-in-law.  Family was of great importance and he will be dearly missed by his sister, Darlene (Jim) Hawkins of Medicine Hat; brother, Wayne Person of Ontario;  best friend, Joe Sequin;  two nieces, Kim (Josh) Bezler and Dawn Potts;  nephews, Shawn Potts and Mike Morrison of Lethbridge as well as Devon Rattai;  numerous great-nieces and nephews and family in Saskatchewan.  A Celebration of Ray’s life will be held at Cook Southland Funeral Chapel, 901 – 13 Street S.W., Medicine Hat on Saturday, December 6, 2014, at 11:00 a.m. with Life Celebrant Gerry Getz officiating.  Interment will follow at Hillside Cemetery and a reception in the Cook Southland Reception Facility.         (Condolences may be expressed by visiting www.cooksouthland.com)  Memorial donations may be made directly to the Canadian Cancer Society, 102 Crestwood Square One, 1865 Dunmore Road S.E., Medicine Hat, Alberta, T1A 1Z8.  Honoured to serve the family is Cook Southland Funeral Chapel, 901 – 13th Street S.W. Medicine Hat, Alberta T1A 4V4 Phone 403-527-6455

One Condolence for “RAYMOND PERSON”