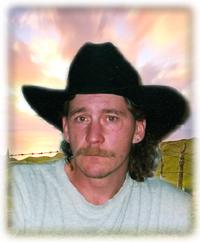 1970 ~ 2014
Mark Louis Hurlbert  passed away on Tuesday, December 30, 2014, at the age of 44 years.  Mark is survived by his mother, Carol Hurlbert-Kimpel;  brother, Ross Hurlbert and his son, Kyler Choquette.  He was predeceased by his father, Don Hurlbert in 1981 and his step-father, Bob Kimpel in 2010.  Mark’s life will remembered and cherished privately by his family.  (Condolences may be expressed by visiting www.cooksouthland.com)  Honoured to serve the family is COOK SOUTHLAND Funeral Chapel, 901 – 13 Street S.W., Medicine Hat, Alberta, T1A 4V4.  Telephone:  403-527-6455.

Leave a Condolence for Dee