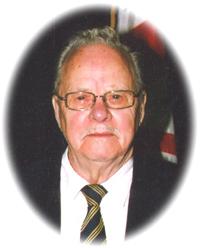 Albert E. \”Al\” David of Medicine Hat, beloved husband of June David, passed away on Thursday, January 22nd, 2015 at the age of 85 years. Albert also leaves to cherish his memory his son, Bill (Peggy); two granddaughters, Sarah and Meaghan; eight great grandchildren; four sisters; as well as numerous nieces and nephews. Albert was predeceased by his parents, Charlie and Daisy; and three brothers. Al was born, raised and attended school in the Toronto area. He entered into The Canadian Armed Corps Service and with them moved to Alberta in the 1950\’s. He met June and they were married in Calgary on July 20, 1973. They moved to the Medicine Hat area in 1997 and have remained here until his passing. At Al\’s request, no formal service will be held. \”You are in God\’s hands, peace be with you.\” Memorial gifts in Al\’s memory may be made to the Medicine Hat & District Health Foundation, for the Intensive Care Unit of the Medicine Hat Regional Hospital, 666 – 5th Street S.W., Medicine Hat, Alberta, T1A 4H6. Condolences may be sent through www.saamis.com or to condolences@saamis.com subject heading Al David. Funeral arrangements are entrusted to SAAMIS MEMORIAL FUNERAL CHAPEL CREMATORIUM & RECEPTION CENTRE, \”The Chapel in the Park\”, locally owned and directed. Should you wish any additional information, please telephone (403)528-2599

Leave a Condolence for Norm and Marie Roth