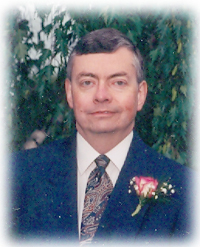 James (Jim) Alexander Bailey, beloved husband of Gloria Bailey of Medicine Hat, passed away on Sunday, March 8, 2015, at the age of 63 years. Jim was born in Saskatoon, Saskatchewan on October 31, 1951, a son to John (Jack) and Myra Bailey. He grew up in Saskatoon where he attended Buena Vista Elementary School and Nutana Collegiate. Jim received his post-secondary education at the University of Saskatchewan, College of Law and graduated in 1974. Jim practiced law as an astute lawyer all his life and served the communities of Saskatoon, Moose Jaw, Regina, St. Paul, Alberta and lastly, Medicine Hat. On June 21, 1996, he married Gloria in St. Paul, Alberta and later made Medicine Hat their home for the last 17 years. Jim valued his community and was a member of Fifth Avenue Memorial United Church and was active in the Lion’s Club for over 25 years. Those who knew Jim could always count on his amazing attention to detail and general knowledge. Although he was quiet in nature, he had a great sense of humor and such a quick wit, that one-liners and puns would roll off his tongue! He enjoyed watching Roughrider’s Football, his grandson’s football games and singing karaoke. Jim liked to help people and spent countless hours tutoring ESL students from the Medicine Hat College over the years. He and Gloria also opened their hearts and home and hosted many exchange students from all over the world. He enjoyed travelling and ventured to many destinations including South America, Cental America, Europe and the United States and volunteered at a Lion’s Vision Clinic in Mexico in 2014. Jim was a loving man and will be dearly missed by his wife, Gloria, as well as her children, Mark Sakowich (Chantel) and granddaughter, Alexis; Darren Sakowich (Jennifer) and granddaughter, Mackenzie; Kendrah Wells and grandchildren, Madison and Logan; a sister, Jennifer Bailey (Dennis Berezowsky) as well as Victor Shug, Kerry, Margie, Sandy and Janice. He was predeceased by his parents, John (Jack) and Myra Bailey and an uncle, Colvin McRobbie (Constance). Jim’s life will be celebrated at Cook Southland Funeral Chapel, 901 – 13 Street S.W., Medicine Hat on Thursday, March 12, 2015, at 2:00 p.m. with Reverend Helen Reid officiating. Memorial donations in Jim’s name may be made directly to the Salvation Army, 164 Stratton Way S.E., Medicine Hat, Alberta, T1B 3R3, Canadian Red Cross, 398 Aberdeen Street S.E., Medicine Hat, Alberta, T1A 0R2, Phoenix Safe House, P.O. Box 2500, Medicine Hat, Alberta, T1A 8G8 or to the SPCA, 55 Southwest Drive S.W., Medicine Hat, Alberta, T1A 8E8. (Condolences may be expressed by visiting www.cooksouthland.com) Honoured to serve the family is Cook Southland Funeral Chapel, 901 – 13th Street S.W. Medicine Hat, Alberta T1A 4V4 Phone 403-527-6455

Leave a Condolence for Alysha isberg