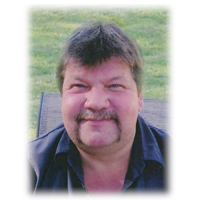 1961 – 2017
It is with profound sadness that the family of Randall Kent Baldrey, beloved father of Melissa Baldrey, announce his passing in Medicine Hat on Tuesday, January 31, 2017, at the age of 55 years. Along with his treasured daughter, Melissa and her fiancee, Tony Gaudet, Randy is survived by his brother, Barry (Ivy) Baldrey and family; sister, Teresa (Alan) Stalker and family; brother, Brent (Bernie) Baldrey and family. Randy was born in Lethbridge on September 1, 1961, the third child of Tom and Arlene Baldrey and moved to Medicine Hat as an adult. He was the proud owner of Hat Metal Mart until shortly before his passing. Randy had a special group of friends that meant the world to him. Above all else, Melissa was his pride and joy in life. Randy enjoyed life to the fullest, especially through travelling and camping. Many weekends during the summer he could be found at Rattlesnake Campground. Family express their heartfelt appreciation to his special friends: Art (Jeanette) Helfrich, Rob (Marla) Thiese and Debbie Sawyer. Randy’s life will be honoured and his memory cherished without the proceedings of a formal funeral service. (Condolences may be expressed by visiting our website at www.cooksouthland.com) If friends so desire, donations in memory of Randy may be made to the Canadian Cancer Society, 200 – 325 Manning Rd. N.E., Calgary, Alberta, T2E 2P5. Honoured to serve the family is Cook Southland Funeral Chapel, 901 – 13th Street S.W. Medicine Hat, Alberta T1A 4V4 Phone 403-527-6455

Leave a Condolence for bob leger