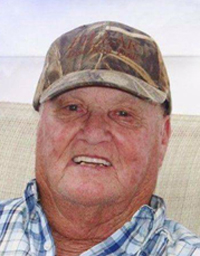 It is with heavy hearts that the family of Merle Nelson, beloved husband of Ella Nelson, announce his passing in Medicine Hat on Tuesday, March 7, 2017, at the age of 86 years. Merle and his twin brother, Vern were born September 1, 1930, in Bow Island, the last of nine children. He attended Brownsdale School grades 1-4, Burdett School 5-9 then high school in Bow Island. Merle was a born farmer, working hard to establish a farm he could pass on to his sons, whom he was very proud to work alongside. Farming was his passion and it truly showed as he was named Farmer of the Year in 2012 and never retired! Away from the farm he always had a keen interest in sports, Merle and Vern played baseball, hockey and won many trophies curling. Merle won the Elk’s Curling Provincial Competitions which secured him a spot to represent Alberta for Nationals. Merle enjoyed good health throughout his life and lived it to the fullest. He enjoyed the company of family, travelling, playing piano, whistling and playing pool. His greatest joy, besides curling, was watching his sons and grandchildren play hockey and everyone knew the youngest grandchild was always the favourite! He was a character with a humourous side and quite the story teller. He intrigued many with his tales which often ended in bursts of laughter. Merle was well liked and respected by all who knew him and he will be deeply missed. His memory will be cherished by his wife of 60 years, Ella (nee Jahraus); children: Lori Hrushka (Mike) and their children, Whitney and Logan; Lindsay (Nancy) Nelson and their children, Travis (Kelli) Nelson, Terryn (Logan) Gutfriend and Karli Nelson; Shelley (Darren) Roth and their children, Brendan (Jessi) Roth, Amanda (Frank) Thompson and Kaylene Roth; Stacey Nelson and her son, Bobby McLeod; Cory (Jocelyn) Nelson and their children, Jessa, Mattias and Skylar Nelson; great-grandchildren, Caden Nelson, Isabella Kerr, Caleb Nelson, Remi Nelson and Connor Nelson. He is also survived by a brother, Norman Nelson as well as numerous nieces and nephews. Merle was predeceased by an infant son, Kimberley; three brothers, Walter, Morris and twin brother, Vern; four sisters, Myrtle, Evelyn, Violet and Vivian and his parents, Ole and Ellen Nelson. The Funeral Service will be held at St. Andrew’s United Church, 135 – 2nd Ave. West Bow Island, Alberta on Monday, March 13, 2017 at 2:00 p.m. Those wishing to pay their respects may do so at the church beginning one hour prior to the service. Interment will take place in the Burdett Cemetery. (Condolences may be expressed by visiting www.cooksouthland.com) Memorial donations in Merle’s name may be made directly to the Heart and Stroke Foundation of Alberta, 124, 430 – 6 Ave. SE, Medicine Hat, Alberta, T1A 2S8 or to the Golden Age Club, 206 – 5th Ave. East Bow Island, Alberta, T0K 0G0. Honoured to serve the family is

Leave a Condolence for Linda and Reinholt Pahl