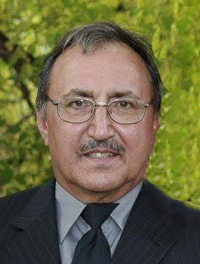 Allan Wayne Sailer of Medicine Hat, passed away with his family by his side on Wednesday, April 5, 2017 at the age of 66 years. He leaves to cherish his memory three children, Angela (Leonard) Waldner, Travis (Nicky) Sailer, and Clinton (Tara) Sailer; his former spouse, Marilyn Sailer; and his brother, Evan (Marie) Sailer; eight grandchildren; one great-grandchild; as well as numerous nieces and nephews. Allan was predeceased by his parents, Walter and Lorraine Sailer; as well as his sister, Debbie Gleaves. Allan was born on March 15, 1951 in Medicine Hat where he was raised and educated. He married Mar Morris on February 16, 1973 and they were blessed with three children. Allan was known for his strong will and passion for music, reading, and the great outdoors. He had a special love for his children and grandchildren. In 1979 he and Marilyn decided to separate and Allan moved to BC to work and raise his sons. He lived and worked there for many years until the passing of his sister and father at which time he returned to Medicine Hat. He remained in Medicine Hat until the time of his passing. Family and friends will gather to pay their respects at SAAMIS MEMORIAL FUNERAL CHAPEL, #1 Dunmore Road SE, on Friday, April 7, 2017 from 7:00 to 9:00 p.m. A Memorial and Life Celebration and a private family interment will take place at a later date. Memorial gifts in Allan’s memory may be made to the Canadian Cancer Society, 325 Manning Road NE, Calgary, Alberta, T2E 2P5, or to the Medicine Hat & District Health Foundation, Palliative Care Unit, 666 – 5 Street SW, Medicine Hat, Alberta, T1A 4H6. Condolences may be sent through www.saamis.com or to condolences@saamis.com subject heading Allan Sailer. Funeral arrangements are entrusted to

Leave a Condolence for Gary Bierback