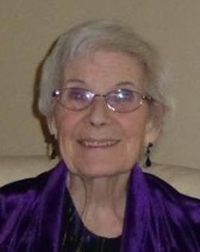 Margaret Mary Anhorn (McIvor), beloved wife of the late Theodore John “Ted” Anhorn, passed away peacefully at the age of 87, in Camrose, Alberta. Formerly of Medicine Hat, Margaret leaves to cherish her memory her son William (Joan) Anhorn, and their children Brett (Sara) and Nicole; her daughter Arlene (Lee) Scheibner, and their children, Cathryn (Troy), Claire, Camille (Chad), and Brent (Maggie); her son Ted (Barb) Anhorn, and their children Madison and Cassidy; and her son James (Karen) Anhorn, and their children Elle, Remy and Christopher. Also treasuring her memory are her 13 great grandchildren; her sister Cathy Myhowich, sisters-in-law Viola (Ralph) Pinder, and Shirley Stefano, and brother-in-law William P. Anhorn and their families. Margaret was predeceased by her husband Ted, her brother Robert James McIvor,her sister-in-law Irene Marx and her parents William and Catherine McIvor. A celebration of Margaret’s life will be held in Medicine Hat at a later date.

One Condolence for “ANHORN”

Leave a Condolence for Elaine Wiedemann