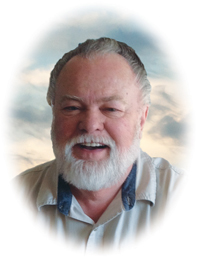 George was predeceased by his parents, Henry and Susana Derksen, both born in Blumenthal, Saskatchewan; three brothers, Henry, Dave and Abe; two sisters, Kay and Betty.

George was born near Hague, SK and as a toddler his family moved to Taber area where George was educated. Post-graduation, brother Jake in Vernon, BC, offered to apprentice him as an upholsterer and invited him to attend Vernon Alliance Church. It was at this time that George became born of God. He met Mimi shortly after and married her in 1967. They moved several times, the last move being to Medicine Hat where they raised their two sons. Brother John and George formed Central Upholstery where they were in business together until retirement. George made many friends, but no one was more loved than his family. A sports enthusiast, George also enjoyed classic cars (Fords) and singing in the choir. He was an expert craftsman, lover of truth and justice, an honest communicator, and never duplicitous. He is dearly loved and will be greatly missed.

A funeral service will be held later in June with attendance by invitation only. Condolences may be made at www.gracememorial.com.

Leave a Condolence for Pat and Wilton Thorsteinson