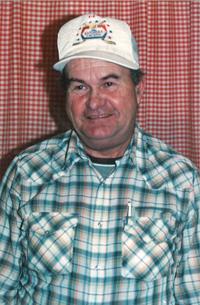 MR. LEONARD OLSSON of Lethbridge, beloved son of the late Olof and Alma Olsson, passed away at the Calgary Foothills Hospital on Tuesday, August 21, 2012 at the age of 80 years.
Leonard is survived by his brothers and sisters Edward Olsson; Victor (Louise) Olsson and his children Cam (Carla) Murray and Teresa; Norman (Clara) Olsson and his children Norma, Dena, and Dara; Diana (Ron) McKenna and their children Sherri (Bob) deBoer, Sean McKenna, and Jason (Wendy) McKenna; Linda (Dieter) Kleinfeld and their children Arlene (Greg) Mykytiuk and Ryan (Teresa) Kleinfeld; as well as several great-nieces and nephews.
Leonard was born on February 1, 1932 in Lethbridge and was raised and worked on the family farm in Coutts, where he also attended school. In Leonard’s younger years he drove and owned school buses. He enjoyed meeting with his friends for coffee at the casino and was involved in horse racing. He also loved spending time with family.
A Memorial Service will be held at 2:00pm on Monday, August 27, 2012 at MARTIN BROTHERS RIVERVIEW CHAPEL, 610 – 4 Street South, Lethbridge, with Deacon Cliff Bogdan officiating.
Send condolences at www.mbfunerals.com.
Martin Bros. Funeral Chapels Ltd.
610 – 4 Street South
Lethbridge, AB T1J 4P3
Phone: (403)328-2361 Fax: (403)382-3623
Toll Free: 1-800-382-2901
www.mbfunerals.com