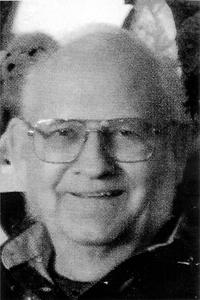 On September 17, 2012 at five p.m. Frank F. Wiens of Boyle, Alberta peacefully went to meet his Lord and Saviour, with family at his side, in the Boyle Health Care Centre.
Frank is survived by his loving wife of 58 years, Olive Wiens of Boyle, Alberta. He is also survived by his son, Greg (Brenda) Wiens and their children, Michelle (Rick) Wyman, their daughter Katherine Olivia; Mathew Wiens (Caitlin Holman); and Joshua (Meghan) Wiens and their daughter, Grace Elizabeth and by three daughters, Catherine, Marion and Elizabeth; foster son, Clarence; foster daughter, Tamara and her daughter, Jordyn and much loved extended family members, Ben and Lina Lacanilao and their children who always affectionately referred to Frank as Dad/Grandpa Wiens.
Born on July 10, 1930 in Balzac, Alberta, Frank was the third of eight children. He was predeceased by his parents, Frank and Helena Wiens; sisters, Mary, Lucille and Ellen; brother-in-law, Ralph and sister-in-law, Helen. He is survived by sisters, Katherine and Ruth; brothers, Abram and Neil and numerous nieces and nephews.
The outpouring of support for Frank and his family during his hospitalization, in thoughts, prayers and visits from family, extended family and friends, was overwhelming and deeply appreciated.
In lieu of flowers the family requests donations to the charity of your choice in memory of Frank. He leaves with the following on his lips and in his heart:
“For God so loved the world that He gave His only begotten Son that whosoever believeth in Him should not perish but have everlasting life.” (John 3:16)