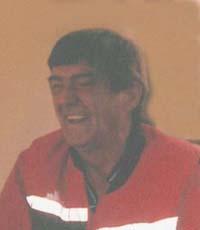 It is with Great sadness that the family of DOUG LEE MELDRUM, of Magrath, announces his passing on September 23rd, 2012 in the arms of his loving wife Jennie with his dear daughters Nikki & Janie at his side.
Doug passed away just short of his 63rd birthday after a courageous battle with cancer.
He was predeceased by his parents, Lee & J(Jessie) Meldrum and his son Ryan.
He will be sadly missed by his wife Jennie; daughters Nikki (Wade) & Janie (Dave); step sons Bobby & Shawn Yerxa-Gemmell and special grandsons Austin & Sutton. Also his siblings Diane & Phil Mantler, Fred & Debbie Meldrum, Bryan & Sandy Meldrum and their families; his in-laws, Wm Donald & Jessie Yerxa & his extended family at Agcom Petroleum.
The Funeral Service will be held at the Magrath United Church, Magrath, Alberta on Thursday, September 27th, 2012 at 11:00 a.m. with Reverend George Ward officiating.
Interment in the Magrath Cemetery, Magrath, Alberta. Memorial Donations may be made in Doug’s memory to the Magrath Golf Course or The Magrath United Church.
E-mail your condolences to: legacyfh@telus.net
Funeral arrangements entrusted to Berry Gorham of Legacy.
Legacy Funeral Homes Ltd.
P.O. Box 208
Cardston, Alberta T0K 0K0
Phone (403) 653-3222
Fax (403) 653-3677
legacyfh@telus.net

No Condolences for “MELDRUM Doug”