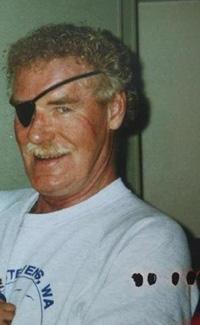 It is with sadness that we announce the passing of Austin James (Jim) Passey on October 5, 2012. Dad spent much of his life in Magrath and the surrounding area. He loved to farm, fish, draw and paint, read, and, in recent years, build large model airplanes. He was always a hard worker and always a dreamer.
Dad is survived by his son—Dean & Joci Passey, and his four daughters—May Ann & Michael Pilling, Dayna & Jim Blumel, Shoo Passey, Ginger& Wade Moss, as well as 14 grandchildren.
We are excited that Dad has gone on to new adventures and that he is now reunited with many family members. We would like to thank Dad’s friends at Meadowlark Manor and the staff of the Raymond Hospital for taking such good care of him. A private family service will be held at Dad’s request.
Arrangements entrusted to Berry Gorham. E-mail your condolences to: legacyfh@telus.net
Legacy Funeral Homes Ltd.
P.O. Box 208
Cardston, Alberta T0K 0K0
Phone (403) 653-3222
Fax (403) 653-3677
legacyfh@telus.net